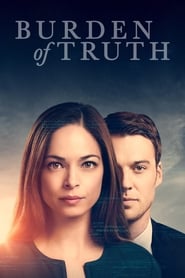 Joanna Hanley finds herself at a top law firm in Winnipeg ready to make a fresh start away from her previous firm. There, a new client draws her into the shadowy world of hackers, activists, and a political movement that won’t take any prisoners. The case leads Joanna through many twists and turns, until she eventually becomes a killer’s target. Her estranged father tries to assist her, which leads to an event that will change both their lives forever. Meanwhile, Millwood’s lifeblood has been left depleted following the bankruptcy of the mill. With rising unemployment rates, tensions in town are running high, leaving Billy to retreat further away from town, but when his reckless brother Shane shows up, Billy is forced to confront childhood memories.