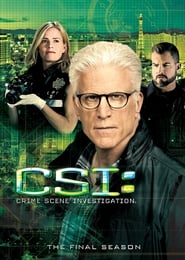 In June 2014, it was announced that showrunner Carol Mendelsohn would be leaving the show after 14 years. Speaking to The Hollywood Reporter, Mendelsohn stated, “It’s been a long and amazing journey, and I am so proud of CSI’s continued success. In handing over the helm to my dear friend and partner, Don McGill, I know he and our CSI team will carry on brilliantly what we’ve all created together. CSI, its cast and crew, writers and directors, will always be my family. I have learned so much from each and every one of them. About writing, producing and life. For that, and so much more, I am forever grateful.” Don McGill will become the lone showrunner for the fifteenth season.