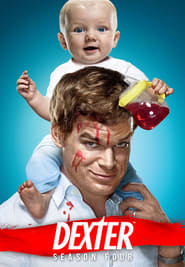 On October 21, 2008, Showtime commissioned a fourth and fifth season of Dexter, each consisting of 12 episodes. The show’s writers convened during February and March 2009 to brainstorm ideas for the fourth season, and filming was scheduled to begin in June 2009. On May 27, 2009, Showtime announced that John Lithgow would guest star in all 12 episodes as Miami’s latest and deadliest serial killer, and Keith Carradine would return as Lundy. The fourth season premiered on September 27, 2009, and focused on Dexter attempting to find his way to balance his family life, the birth of his son, and his “extra-curricular” activities. The season received positive reviews before airing, including one from Michael Ausiello of Entertainment Weekly, who saw the fourth season as being “bloody promising”. The season opener was leaked to the Internet ahead of schedule in late August 2009. The fourth season premiered in the UK on the FX channel on August 20, 2010.