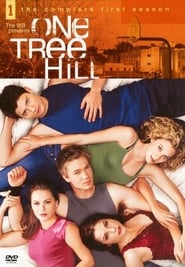 Aside from a love for hoops, it would seem that Lucas and Nathan are two young men with little in common, but they are bound by the dark secret that they share the same father. Arrogant and assured, Nathan is the star of the high school basketball team and hails from a wealthy family. Quiet and driven, Lucas is the only child of a single working mom. Now the two boys’ lives collide when a twist of fate puts Lucas on Nathan’s team and the half-brothers compete, not only for control of the court, but also for the heart of Nathan’s beautiful girlfriend Peyton. Years in the making, a deep and bitter conflict slowly unfolds as the two boys struggle to come to terms with who they really are, and a father who has chosen to live vicariously through one son, while ignoring the existence of the other.