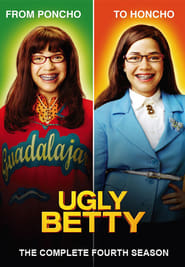 The fourth and final season of the American comedy-drama television series Ugly Betty was confirmed in the ABC lineup, which was picked up for a full season on April 23, 2009. The season premiered on October 16, 2009 and ended with the series finale on April 14, 2010. Outside the United States, Season 4 began airing on digital channel 7TWO on Tuesdays at 7:30pm from April 13, 2010 in Australia. It also began airing in the UK on Wednesday August 11, at 9 pm. Unlike the previous 3 seasons, Ugly Betty is now being shown on the digital channel E4, while the repeat telecast can be watched on Channel 4 on the weekend. This move is said to be due to the decline in ratings of the previous season which was shown on Channel 4. Season 4 completed its 20-episode run by Wednesday December 22, 2010. The season had been shifted to the Friday night death slot and ratings for the first 8 episodes were extremely low. On December 2, 2009, ABC confirmed that Ugly Betty would be moving to Wednesday nights after Christmas 2009, due to Eastwick’s cancellation. However, ratings did not improve and ABC lowered the episode count from an original 22 ordered to just 20. On January 27, 2010, ABC announced the show would not be brought back for a fifth season.